Tropenbos Ghana and EcoCare Ghana has launched a four-year project aimed at improving the livelihood of 12,000 farmers in the Transition landscape of Ghana. The event was held at the Akina City Hotel, at Techiman in the Bono East Region of Ghana. The Landscapes and Environmental Agility across the Nation (LEAN) project also seeks “to directly contribute to the national efforts of conserving biodiversity, improving livelihoods of smallholder farmers, increasing climate change resilience and reducing emissions from land use changes in the savannah, high forest and transition zones of Ghana”.

The project, which is funded by the European Union’s flagship GCCA+ initiative is being implemented by a consortium of four local NGOs; Rainforest Alliance in the High Forest Zone, World Vision in the Savannah Landscape as well as Tropenbos Ghana and EcoCare Ghana, both partnering in the Forest-Savannah Transition Landscape.

The forest-savannah transitional belt of Ghana has always been referred to as the food basket of the country, with agricultural activities as the main socio-economic activity of the people. The LEAN project through integrated approaches will work with local communities to improve productivity of   farmers in the project communities and districts. The project will also build climate resilience and promote natural resource conservation through training and mentoring of Twelve Thousand (12,000) smallholder farmers on Climate-Smart Agriculture (CSA) and Sustainable Forest Management (SFM) in collaboration with the Districts Offices of the Departments of Agriculture and the Forestry Commission.

In the transition landscape, the project will be implemented by Tropenbos Ghana and EcoCare Ghana in six selected districts; Nkoranza North, Nkoranza South, Techiman North, Techiman Municipal in the Bono East Region as well as Offinso North and Offinso Municipal in the Ashanti Region.  The project will engage sixty (60) communities in the selected districts with ten (10) communities from each district.  To achieve the aim of the project, the partners will embark on activities such as; creation of woodlots, landscape restoration and conservation campaigns, mobilizing the private sector and political authorities to facilitate the creation of improved market for commodities cultivated by farmers, empowering farmers and youth with entrepreneurial skills among others.

The project launch took place in Techiman, on the 8th of July 2021.

In his keynote address, Dr. Ebenezer Djabletey, the Director of Operation of the Transition Zone (Forestry Services Department) called the project “a timely intervention which will help with the restoration of the degraded landscapes, create green buffers along our water bodies and improve the livelihoods of community members who are predominantly farmers. He pledged the support of the forestry commission to the project and called on all other stakeholders to commit in playing their roles in ensuring the success of the project.

Mrs. Mercy Owusu Ansah, the Director of Tropenbos Ghana in her welcome address stated that the project is to help expand and scale up the government’s efforts to make the country climate change resilient.

“We need to act very fast given the fact that we are being threatened by the issues of climate change, with the main driver being deforestation which is associated with agriculture”.  She further stated that, “the delay in rains and increase in temperatures indicate the impact of climate change, and that is why these interventions we are bringing are very relevant. 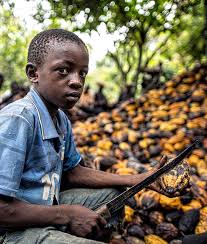