AS THE FIRST ROUND OF EU-GHANA-COTE D’IVOIRE COCOA TALKS WRAPS UP, THE WAY AHEAD IS STILL UNCLEAR

The European Commission and the governments of Ghana and Cote d’Ivoire are now wrapping up their first round of “Cocoa Talks”. Discussions have been ongoing since September 2020 about what joint actions the parties should take, as the world’s primary producer and consumer markets for cocoa, to tackle deforestation, poverty and child labour in the cocoa sector.

It is not yet evident whether or how the Commission will take up these concerns, though things should become clearer when the Commission publishes the draft regulation in autumn 2021. The first round of discussions has also revealed a lack of common understanding between the EU and cocoa-producing governments about the problem itself, with the Ghanaian government at times denying that either deforestation or child labour exists.

In Ghana, NGO and farmer participation has gone smoothly, but the only concrete action suggested so far by the Government of Ghana has been to set up a national Cocoa Monitor. The government has said this would involve NGOs as well—which is positive—but it seems this Cocoa Monitor will monitor everything but the government. In Cote d’Ivoire, Ivorian NGOs and farmers’ representatives have struggled to secure invitations to the dialogue, seeming only to be invited if hand-picked by the government; this would need to improve in any future iterations of the Cocoa Talks.

Overall, few concrete actions have emerged from the talks. The sessions have been formal and high level, with little opportunity to dig into the details or agree on ways forward.

From the perspective of NGOs in the cocoa sector, the discussions should ensure that NGOs and farmers can sit around a table with their governments and agree on actions that the government will then implement. In particular, NGOs are asking for the creation of smaller working groups on specific themes, which would meet regularly to conduct a gap analysis of why existing initiatives in the cocoa sector are not working, and agree on concrete actions with clear responsibilities and timelines. Progress on these actions should be rewarded with improved EU market access within the new EU deforestation regulation.

Much of this vision has been echoed in a statement, 24 June 2021, by a group of large chocolate companies, NGOs and certification organisations, calling on the EU, Ghana and Cote d’Ivoire to negotiate partnership agreements for the cocoa sector to address many of the above points.

This is only the first round of Cocoa Talks, further discussions will follow after autumn 2021, and the Commission have allocated a first budget of 25 million Euro to cocoa for the next two years. However, it is not yet clear what the process for the next round of talks will be, and whether they will define more concrete actions, lest the Cocoa Talks meet the same fate as the myriad “talking shops” that have existed for years in the cocoa sector.

In other cocoa news, the US NGO Mighty Earth has recently released research showing that nearly half of cocoa consumed in the United States is being ‘laundered’ in the EU: 43 per cent of American imports of Ghanaian and Ivorian cocoa are passing via Europe (particularly Spain and Belgium), often mixed and reshipped in a way that makes full traceability impossible. This underlines the need for harmonised regulation in both the EU and the US that includes (amongst other things) a requirement for full traceability in supply chains. 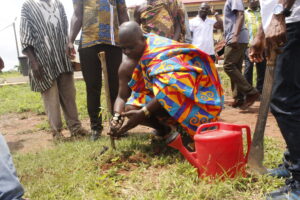 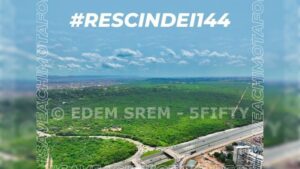 PETITION The ACHIMOTA FOREST RESERVE is a NATIONAL ASSET meant to provide invaluable health, and preserve our natural eco-system, yet it has been subject to