Takeaways from the Int. Conference on Cocoa Pricing and sustainability

Chocolate is certainly not a “JJC” (Johnny Just Came) consumable in the world’s list of delicacies. Made from cocoa, chocolate has been around for about 5,000 years, evolving through various civilisations and processing phases into a big time delectable industry (cultivation, processing and consumption) today, with a retail market value of $106.19 billion, and is projected to reach $189.89 billion by 2026.

It is made from cocoa, mainly produced in tropical regions around the Equator, where the hot and humid climate is well suited for cocoa cultivation. The West African sub-region is noted as a major cocoa producing area, particularly Cote d’Ivorie, Ghana, Nigeria and Cameroon.

So, when international, regional and national stakeholders in cocoa production and trade met in Accra, Ghana, several weeks ago, key on the agenda was the issue of sustainability. The issues of sustainability was looked at in terms of premium prices for farmers; regulating responsible trade in forest risks commodities like cocoa; and an assessment of statutory institutions in Ghana, mandated to deal with child labour in the cocoa supply chain.

There were several takeaways from the discussions. An independent environmental policy analyst, Duncan Brack, said to sustain the LID, production volumes must be controlled to avoid higher prices stimulating production, increasing area of cocoa cultivation and resulting in over-supply, which will obviously push prices down.

Antonie Fountain of Voice Network, noted that while the sector has embraced providing living income for farmers, “it is just a starting point and not a finish line, and how to get there will require a merger of technical verses political solutions.”

Ensuring responsible trade in cocoa in Ghana will be marked by adhering to consumer countries due diligence requirements on price, environmental, child labour and social concerns. It will also depend on other elements like financial markets and corporate governance structures including the willingness of stakeholders; and producer and consumer joint initiatives such as the Ghana-European Union Voluntary Partnership on trade in forest products, according to Clement Kojo Akapame of TaylorCrabbe Initiative. He added that producer countries national systems such as legislation, Multi-Stakeholder and participatory platforms, and private sector led initiatives to address concerns.

Though COCOBOD was unable to participate in the conference, it shares similar perspectives on cocoa pricing and sustainability. For instance, it believes that sustainability in the cocoa sector occurs, if a cocoa farmer makes decent profit by employing safe labour practices to cultivate his land without harming the ecosystem and the environment.

Thus, the welfare of the cocoa farmer is a crucial economic pillar in the industry, “and remunerative producer farmgate price is key to decent income for cocoa farmers,” says Michael Amoah, the Research Manager at COCOBOD’s Research Department. In an interview, he listed critical issues regarding decent income for farmers as: increased production, diversified income and remunerative producer price.

The two-day conference took place on Tuesday and Wednesday, from November 10 to 11, 2020.  It was a joint initiative by ClientEarth and EcoCare Ghana, with funding from United Kingdom Department for International Development’s (DfID) Forest Governance, Markets and Climate (FGMC) Programme. The conference was also supported by the TaylorCrabbe Initiative, Ghana Civil-Society Cocoa Platform (GCCP) and Fern, based in the UK.

Overall, the organisers were satisfied with the level of discussions, describing it as filled with rich conversations based on informative presentations. “It also gave a better outlook on possible strategies to get better prices for cocoa farmers,” says Co-founder and Managing Campaigner of EcoCare Ghana, Obed Owusu-Addai.

In an interview, Obed explained that getting and sustaining good prices for farmers will also depend on how Ghana and Cote d’Ivorie respond to EU’s on-going preparations to formulate its Due Diligence Regulations. This development has been necessitated by the EU’s realization that they are contributing to forest destruction in developing countries, which they referred to as “imported deforestation,” and want to minimise their footprints in that area.

But it appears the two leading cocoa producers were unhappy with the approach. Obed recalled that during last October’s World Cocoa Foundation Partners Meeting in Berlin, delegations of the two countries did not take kindly to the Western world’s posture to regulate the chocolate industry by tackling deforestation and human rights abuses in the cocoa supply chain only.

Their position was that since other commodities like milk and sugar also form part of chocolate, the approach to regulating the sector, should be holistic, rather than picking and choosing, which commodities they want to tackle. Their argument was that imposing restrictions on just cocoa production and not all commodities from which chocolate is made, is a misapplication of the process and an imposition on Africa’s cocoa producing countries.

Obed cautioned the two countries not to isolate themselves from the process, but in their own interest start engaging with the EU on the issues, to ensure the development of regulations that are friendly to the two countries, so they do not lose eventually.

He said losing will put the countries in a very bad situation, because “…we don’t do a lot of grinding and production. Almost 80% of our cocoa beans are exported and if the export market is refusing to accept your beans, what are you going to do with them? This will affect our countries, but most especially our farmers will be worse off.” 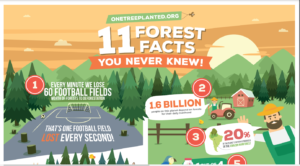 11 FACTS YOU NEED TO KNOW ABOUT FOREST

Forest plays a major role in the socio-economic development and provide invaluable ecosystem services for the majority of people in Ghana. Ghana has about 2.5 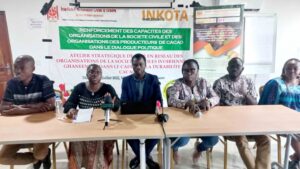 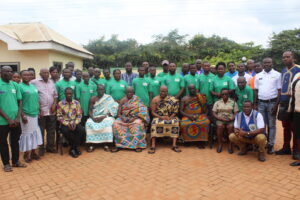